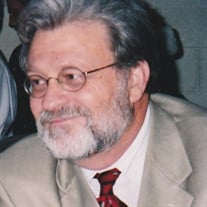 Carl L. Campbell went to be with his Lord in the early hours of October 7, 2020 after a very long illness. Carl is survived by his wife of nearly 41 years, Marcia Kay Tiller Campbell, his sons, Tracey Lee Campbell and wife Misty, Dustin James Campbell and wife Wendy, Adam Trent Campbell and wife Hannah, and daughter Jeanna Anne Hooper and husband Brian; grandsons Brandon Dirk Campbell and wife Melissa, Ashton Dale Hooper and Milo Trent Hooper; great grandchildren Ashlynn Brooke Campbell, Colton Dirk Campbell and Harley Peyton Campbell; and sisters Shirley (Mary) Pierce and Janice Jurardo. He is preceded in death by his father, Walter Lee Margerum of Afton, Iowa, mother Clara Mae Sneed Margerum Campbell of Hamilton, Texas, brother Jimmy Campbell of Rockwall, Texas, brother Walter Campbell of Glenn Heights, Texas, and sister Sue Huddleston of Dallas, Texas. Carl was born Carlos Levon Margerum on October 25, 1948 in Ysleta, Texas. On his 4th birthday, his father passed away and Carl and his siblings were all placed at Buckner Orphanage in Dallas, Texas, where he lived for the next four years. His mother married Sam Campbell and all her children were taken out of Buckner and lived with them in Oak Cliff, Texas. Carl served in the U.S. Army from 1966 to 1969 and was deployed to Vietnam in January, 1967. Afterwards he graduated from Dallas Bible College with a pastoral degree and later received a Masters degree. Carl pursued several different careers, including the transportation/delivery industry, process server, newspaper owner, and addiction counselor. He was last employed with The Salvation Army in Dallas in their addiction recovery program where he served as a Contract Compliance Manager. Carl had many interests, the greatest of which were his family. He enjoyed building and remodeling, gardening, creating miniature constructions and fishing in the Gulf at Galveston, Texas. He collected orphaned animals, loved western movies, and got great enjoyment out of convincing anyone close enough to listen to the tallest tale imaginable. Carl married Marcia on his birthday, October 25, 1979, at Old City Park in Dallas, Texas. He moved his family to Ferris, Texas in 1983. He became disabled in 2003 due to complications from his service in Vietnam. His family willingly made the sacrifices necessary to allow him to spend his final years surrounded by the ones he loved and who loved him. His greatest love was his Savior, the Lord Jesus Christ, and he longed to see him face-to-face.

Carl L. Campbell went to be with his Lord in the early hours of October 7, 2020 after a very long illness. Carl is survived by his wife of nearly 41 years, Marcia Kay Tiller Campbell, his sons, Tracey Lee Campbell and wife Misty, Dustin James... View Obituary & Service Information

The family of Carl L. Campbell created this Life Tributes page to make it easy to share your memories.

Carl L. Campbell went to be with his Lord in the early hours...

Send flowers to the Campbell family.