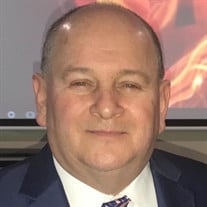 David is survived by his beloved wife of 37 years, Sally Ann Purvis, his children Zachariah Purvis (Kristin), Eden Hayes (Jacob), Rachel Ward (Timothy), Caleb Purvis (Julia) and bonus son Cecil King (Neha), his mother, Lucille Hash, his stepmother Vivian Purvis, his siblings Kendall, Sandra, Sheila, Tanya, Elizabeth, Walter Jr., and J.J., and his 8 grandchildren by whom he proudly earned the name PawPaw. David is preceded in death by his father, Walter Vernon Purvis, stepfather, Jim Hash, and younger brother, Bobby. David and his family are avid fans of football, especially the Dallas Cowboys and OU Sooners. He also enjoyed playing pick-up games at local basketball courts, making up for his short stature by perfecting his 3-point shot. His love for music and drums started in the junior high school band. He went on to become an excellent, passionate percussionist and in recent years was becoming a skilled bass guitarist. David learned his excellent work ethics and life occupation from his father, in the family Auto Body business. He had an unfulfilled desire to own a yellow Corvette and blue Tundra. At age 19, David met Jesus as his Lord and Savior who changed his life direction. Over the next 43 years, he was a graduate of Christ for the Nations Institute, a radical street evangelist, worked in children’s ministry, served as a Youth Pastor, and most recently Senior Pastor of Journey Church in Lancaster, TX. David had a heart and a vision for world missions, having opportunity to minister in the United States, Mexico, and Sri Lanka. Whether David was fixing a car, preaching behind the pulpit, coaching his kids’ sports teams, or loving his family and friends, he did everything in excellence as unto the Lord. His life’s pursuit was that his deep relationship with Jesus would draw others to find their relationship with Jesus too. David’s goal was to be fully drenched in and living for Christ when he was called home. He is now experiencing his number one desire, to be in God’s presence 24/7. Family will receive friends from 10:00am to 12:00pm on Friday, September 3, 2021 at Byrum Funeral Home Chapel with a celebration of life at 12:00pm also in Byrum Chapel.

The family of David Martin Purvis created this Life Tributes page to make it easy to share your memories.

David is survived by his beloved wife of 37 years, Sally Ann...

Send flowers to the Purvis family.