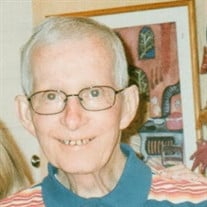 In lieu of flowers, the family requests that memorials be made to a charity of your choice. Donald Phillip Teague of Lancaster, Texas, a gentle man and beloved husband, father, grandfather, brother-in-law, uncle, boss, and friend and adviser to many, was born September 28, 1936 in Gainesville, Texas, to James Russell and Dorothy (Cunningham) Teague. He passed from this life on August 2, 2017. Don graduated North Side High School in Fort Worth, Texas, at the age of 17. He received his undergraduate degree from The University of Texas. It was there that he studied his first year of law and then moved to Dallas to attend Southern Methodist University School of Law. In 1963 Don graduated law school, married Linda, and studied and passed the bar exam in the top 5% of his class. After a few years with the City of Dallas Attorney’s Office, Don went to work for the law office of Wayne Hancock. It was during this time that he met his long-time friends, George Street and Preston DeShazo. In 1968 Don opened his law office in Lancaster, Texas. He selflessly served on many committees and boards including the advisory committee for the LISD School Board and the Board of Directors at Bank of Lancaster. Don was the perfect small town attorney who served his God, his family, his clients and his community. He loved his family, reading, the weekends at their cabin in the woods, listening to Willie Nelson, and the Texas Longhorns. Don was preceded in death by his parents; son Douglas Teague; brothers Russell Teague, Sam Teague; daughter-in-law Ami Teague. He is survived by wife Linda (Miller) Teague; sons Brian Teague, Patrick Teague, Andrew Teague; daughter Molly Teague; grandson Geoffrey Teague, longtime employees and friends, Kay Fields and Dena Reneau, brothers-in-law, Robert Miller, John Miller and wife, Billie Ann, sisters-in-law, Nancy Miller, Patricia Sudduth, Mary Archer and husband, Ron and a host of other family and friends. The family would like to thank the caring and compassionate staff of the Palliative Care Unit of Methodist Charlton Hospital for their wonderful and gracious care. A Memorial Mass will be held at 12:00 Noon on Saturday, August 26, 2017, at St. Francis of Assisi Catholic Church, 1537 Rogers Avenue, Lancaster, Texas, 75134, Rev. Father Emmett Hall celebrant.

In lieu of flowers, the family requests that memorials be made to a charity of your choice. Donald Phillip Teague of Lancaster, Texas, a gentle man and beloved husband, father, grandfather, brother-in-law, uncle, boss, and friend and adviser... View Obituary & Service Information

The family of Don Phillip Teague created this Life Tributes page to make it easy to share your memories.

In lieu of flowers, the family requests that memorials be made...

Send flowers to the Teague family.