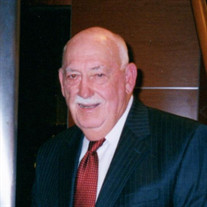 In lieu of flowers, Jack's family would prefer memorials to be made to Parents of Murdered Children, San Antonio Chapter, POB 690173, San Antonio, TX 78269 in honor of his granddaughter Jennifer Neil Thompson or the Men's Bible Class at Creekside Church of Christ. Jack Neil Lowrey of Waxahachie, TX passed from this life on December 6, 2017. He was born in Beaumont, TX to Jack and Virginia (Crosier) Lowrey on July 24, 1932. Jack graduated from Lancaster High School in 1950. He attended Arlington State College for a short time before he joined the Marine Corps. After his discharge, he attended North Texas State University. He began his career at Chance Vought. In July of 1957 he met the love of his life, Carolyn Jean Hooker. After a short engagement, they married on October 25, 1957. Two beautiful daughters, Kimberly Sue and Wendy Renee, were born to them in 1958 and 1960. He worked at Sun Oil Company, Beckley Plumbing, and retired from DISD as Director of Maintenance in 1996. Jack was a devout Christian who loved his Lord. He served as an elder at Belt Line @ Main Church of Christ in Lancaster and Creekside Church of Christ in Midlothian. He founded the “Point Man” ministry, started a Men’s Bible Class, and established the “Band of Brothers” at Creekside. He started a newsletter with the purpose of sharing his love of Jesus with his family and friends and reached a multitude of souls through this endeavor. Jack loved to play golf, fish, hunt, and cook for his friends and family. He and Carolyn loved to travel, entertain friends, and enjoyed dancing and having a great time. He was preceded in death by his parents; his beloved granddaughter Jennifer Neil Thompson; brother John Stewart Lowrey; son-in-law Raymond Thompson. Jack is survived by wife Carolyn Lowrey with whom he just celebrated their 60th wedding anniversary; daughters Kim Thompson, Wendy Weiss & husband Mark; grandchildren Sonny Thompson & wife Chelsea, Kelsey Whittiker & husband Everett; great grandchildren Ellie Neil & Lilah Raye Thompson; brother Thomas Michael Lowrey & wife Marsha; sister Kay Freeman & husband Roy; sister-in-law Mary Lowrey.

In lieu of flowers, Jack's family would prefer memorials to be made to Parents of Murdered Children, San Antonio Chapter, POB 690173, San Antonio, TX 78269 in honor of his granddaughter Jennifer Neil Thompson or the Men's Bible Class at Creekside... View Obituary & Service Information

The family of Jack Neil Lowrey created this Life Tributes page to make it easy to share your memories.

In lieu of flowers, Jack&#39;s family would prefer memorials to be...

Send flowers to the Lowrey family.