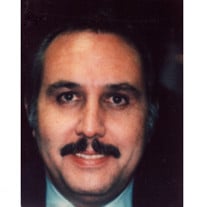 Jerry Donald Dickinson was born February 23, 1942, in Maypearl, Texas. He was born on the farm and in the house that was later used at the end of the movie, Bonnie and Clyde, which was filmed in Maypearl in the 1960’s. He always enjoyed telling people that story. He was the youngest of seven children and the last one left. He was preceded in death by his parents, Lonnie Lee Dickinson and Ethel Mae Lockley Dickinson; sisters Mary Dee Dickinson and Alice Marie Mayfield; brothers Eddie Dwain Dickinson, Lee Vaughn Dickinson, Donnie Ray Dickinson, and Joe Wayne Dickinson. He is survived by his wife of 50 years, Sharon Dickinson, and by several nieces and nephews, all of whom he cherished. In 1952, the family moved to Lancaster where Jerry graduated high school in 1960. Beginning June 1, 1960 he started working at Hunt Oil Company where he would spend the next 44 years. During those early years, he worked part-time and attended college part-time, earning a Bachelor of Science in Secondary Education from North Texas University in Denton and later a Master of Liberal Arts from Southern Methodist University in Dallas. Somehow during all that, he managed to also work for 13 years as a part-time instructor for the Dallas County Community College District. In the late 1960’s he became full time with Hunt, working directly with Mr. H. L. Hunt until Mr. Hunt’s passing in 1973. He thereafter worked in the Hunt Refining Marketing Department for many years and finally found his calling in the Human Resources Department in the 1980’s. Upon his retirement in 2004, it was said “It is an understatement to say how much Jerry’s coworkers and the Hunt retirees appreciate the very personal and professional approach he brought to each of them.” Once he retired, he was plagued with various health issues. In 2011 he was diagnosed with Parkinson’s with Lewy Body Dementia; which quickly and sadly took over his body and brain. Jerry was a man of faith and a member of the First Baptist Church in Lancaster where he served as an usher and greeter until he could no longer do so because of his health. He will be greatly missed by all. The following poem was contributed as being appropriate for this occasion (author unknown): You can shed tears that he is gone Or you can smile because he has lived You can close your eyes and pray that he will come back Or you can open your eyes and see all that he has left Your heart can be empty because you can’t see him Or you can be full of the love that you shared You can turn your back on tomorrow and live yesterday Or you can be happy for tomorrow because of yesterday You can remember him and only that he is gone Or you can cherish his memory and let it live on You can cry and close your mind, be empty and turn you back Or you can do what he would want; smile, open your eyes, and go on Here are just a few examples of comments from various Hunt Oil Company employees who knew Jerry and sent him notes and cards during his long illness. Sharon faithfully read to him each and every card and note he received. (1) I remember Jerry being so nice and friendly to all who talked to him and needed help. He always had a smile on his face and was ready to make it easy in any situation people were going through. (2) I just love that guy! He was always an encouraging coworker at Hunt. (3) Jerry, you have been a significant blessing to me. Getting to work with you was so much fun as well as educational (4) Jerry, its been a long time. I rememeber all the good times we had in HR at Hunt. Remember the buttermilk pie incident? (5) Jerry, you helped me through the worst time of my life. I can never repay you in equal, but I will always be there for you. You are as fine a man I know. (6) Jerry, thinking of you and all our good times at Hunt Oil. You always were a very special friend since the day I first met you. (7) Jerry, every time I think of you and our time at Hunt, I find myself smiling. Your kindness and thoughtfulness were wonderful. So many nice memories. (8) Jerry, thank you for being such a wonderful person. I will always rememeber the help you provided me in my time of need. God loves you, and I do too. (9) Jerry, I often think of those days at Hunt when we solved many of the world’s problems. I have many good memories of those days and I will never forget them. I really enjoyed my association with you at Hunt and still consider you as one of my best and loyal friends. (10) Jerry, you were one of the best representatives of the Hunt culture. You helped to make it. You were always “dapper”, kind, and helpful. (11) Jerry was such a big part of the Hunt family and we know he is resting in the arms of The Almighty at this very moment. (12) Jerry, your face always crosses my mind when I think of Hunt Oil. You were one of the first faces that greeted me when I was first hired in 1985. You were always jovial and upbeat. Hunt was lucky to have you.

Jerry Donald Dickinson was born February 23, 1942, in Maypearl, Texas. He was born on the farm and in the house that was later used at the end of the movie, Bonnie and Clyde, which was filmed in Maypearl in the 1960&#8217;s. He always enjoyed... View Obituary & Service Information

The family of Jerry D. Dickinson created this Life Tributes page to make it easy to share your memories.

Send flowers to the Dickinson family.