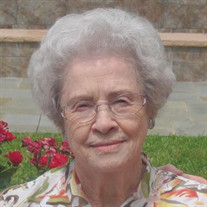 Nell Wallace Killgo, born February 8, 1927 in Grandview, Texas, entered eternal life January 6, 2021. She was preceded in death by her parents, Benjamin Harrison Wallace and Beulah Lee Steed, her seven brothers and sisters, and her beloved husband Jack Killgo. She is survived by her son Kory and daughter in law Sherie, grandson Philip and granddaughter Kristin, and many cherished nieces and nephews. Nell grew up in rural Johnson County, Texas and moved to Dallas to work after high school, where she met Jack. They married in 1951 and moved to Lancaster the following year, where they made their home until his death in 2009. Later that year, to be closer to family, Nell moved to St Joseph’s Village retirement center in Coppell, Texas, where she made many dear friends, and was known for her kind, compassionate friendship. Memorial services are pending due to the pandemic. If you wish, in lieu of flowers a donation may be made to Metrocrest Services, a charitable assistance organization, at 13801 Hutton Drive #150, Farmers Branch, Texas, 75234 (metrocrestservices.org)

The family of Nell Wallace Killgo created this Life Tributes page to make it easy to share your memories.

Send flowers to the Killgo family.