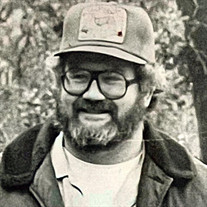 Paul Anthony Turnage was born on February 14, 1953, in Dallas, Texas, to parents Frank Fisher Turnage and Louise Hawkins Turnage. Paul left this earth on March 8, 2022, to be with his Lord. He was preceded in death by his parents and his brother, William Frank Turnage, known as "Bill. Paul was committed to his parents and was instrumental in their care until their deaths. He was close to his brother, Bill, and was very proud of his achievements on the Dallas police force and later as Chief of Police of the Garrett Police Department. He is survived by his sister-in-law, Katie Turnage, and numerous friends and co-workers who respect, admire, and love him. While he is sorely missed by those who knew and loved him, we are here today to celebrate his life and to remember the good times-and there were plenty of those. Paul was a son, a brother, a friend, a co-worker, a leader, and a devoted teacher - who genuinely loved his chosen profession. Paul, known as "Tony,” to many during his pre-teaching days, moved with his family from Dallas to Lancaster, settling in their home at 914 Poinsettia Drive. He attended West Main Elementary and Lancaster Junior High where he met his life­long friend and running buddy, David Deborde. Paul graduated from Lancaster H. S. in 1971. As kids, Paul and David enjoyed riding their bicycles and racing them down into creek beds. In their teen years, after football games, the friends and he went to Jack-in-the-Box, ordering a dozen tacos each, laying them on the dash of the car to stay warm from the heater, as they each feasted to their heart's content. From his early days until the end, Paul knew how to enjoy the simple pleasures of life, and he truly valued his friendships. A celebration of Paul’s life will be at 10:00am on Saturday, April 23, 2022 at Byrum Funeral Home Chapel. Immediately following the service, Paul’s friends are invited to Mays Hall at First Baptist Church of Lancaster to share more stories and fellowship. In lieu of flowers, memorials in Paul’s name may be made to the ASPCA (American Society for Prevention of Cruelty to Animals).

Paul Anthony Turnage was born on February 14, 1953, in Dallas, Texas, to parents Frank Fisher Turnage and Louise Hawkins Turnage. Paul left this earth on March 8, 2022, to be with his Lord. He was preceded in death by his parents and his brother,... View Obituary & Service Information

The family of Paul Anthony Turnage created this Life Tributes page to make it easy to share your memories.

Send flowers to the Turnage family.