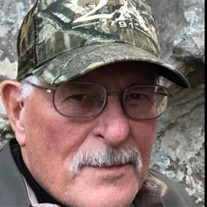 Ricky L. Lynch, of Kerens, TX, passed away at the age of 67 on December 22, 2021 from a long battle with brain bleeds. His life didn’t come to an end with death. He is now rejoicing in Heaven with Jesus, Clint and all who have passed before him. They are having a Heavenly family reunion. He was preceded in death by his son, Clint Lynch; his in-laws, Clifford and Evelyn Fields; his brother-in-law, Darwin Fields; his parents, Leroy and Shirley Lynch; and his brother, David Lynch. Ricky is survived by his wife, Denise Lynch; his daughter, Lidia Hunt and husband Michael; his granddaughters, Samantha Miller, Maddy Urquhart, and Abigail Urquhart; his grandson, Chayton Hunt; and his brothers, Mark Lynch and Steve Lynch. Ricky was born in Coleman, TX, on June 3rd, 1954. He married Denise in 1971, and together, they had 2 children: Clint and Lidia. Ricky has been described by many as the “most intelligent” man they knew. After receiving his GED, Ricky began his career as a carpenter. He enrolled in and soon graduated from Control Data and entered the computer industry in its infant years. For the next 25 years, Ricky worked his way up the ranks and traveled the world troubleshooting complex computer systems. Ricky then became an entrepreneur and found great success engineering and producing various components for manufacturers across the globe. Outside of work, he enjoyed simple pleasures like fishing and hunting. This passion led him to the place we all know as “The Ranch.” Ricky and family built this amazing place from the ground up. There was nothing he loved more than working with his mind and his hands to create and build. He passed that love down by teaching his kids and grandchildren how to work with their hands and tools. In the quiet moments, he enjoyed sitting and watching the deer and owls at the pond. He spent the last couple of months in full celebration mode: 50th wedding anniversary with Denise, a road trip visiting with some of their best friends, receiving friends at The Ranch, Holiday festivities with the grand kids, soccer parties, carriage rides, and rounded it out with their annual Framily Christmas party. Ricky, “Dad,” “Umpaw,” and “Mr. Fix it” will be greatly missed by all! A Celebration of Ricky’s Life will be January 22, 2022 outdoors at The Ranch. Please dress accordingly. If you do not know the location, please call or text Lidia Hunt at 214-738-5078. Start time: 1pm Attire: Casual, Boots and Jeans In lieu of flowers, his wish was donations be made to Tunnels to Towers at t2t.org “In memory of” Ricky Lynch.

Ricky L. Lynch, of Kerens, TX, passed away at the age of 67 on December 22, 2021 from a long battle with brain bleeds. His life didn&#8217;t come to an end with death. He is now rejoicing in Heaven with Jesus, Clint and all who have passed... View Obituary & Service Information

The family of Ricky L. Lynch created this Life Tributes page to make it easy to share your memories.

Send flowers to the Lynch family.